This was the first time I visted The Pinnacles National Park! I will definitely be back. This park is totally beautiful and not too crowded, it is one of the smaller and newer national parks, so I can see why it is not as crowded.

The drive out there was about an hour and a half for me, and after I cleared the traffic and ‘civilization’, it was smooth sailing.

I camped out for the night and it was pretty nice. There were some groups camped nearby that were being pretty loud until well after quiet hours, but they were playing guitar and it was actually pretty pleasant as far as loud people go!

Because I was car camping, I was able to bring my watercolor pencils and some books and do a little bit of sketching and painting, as well as plan for my JMT hike this summer! 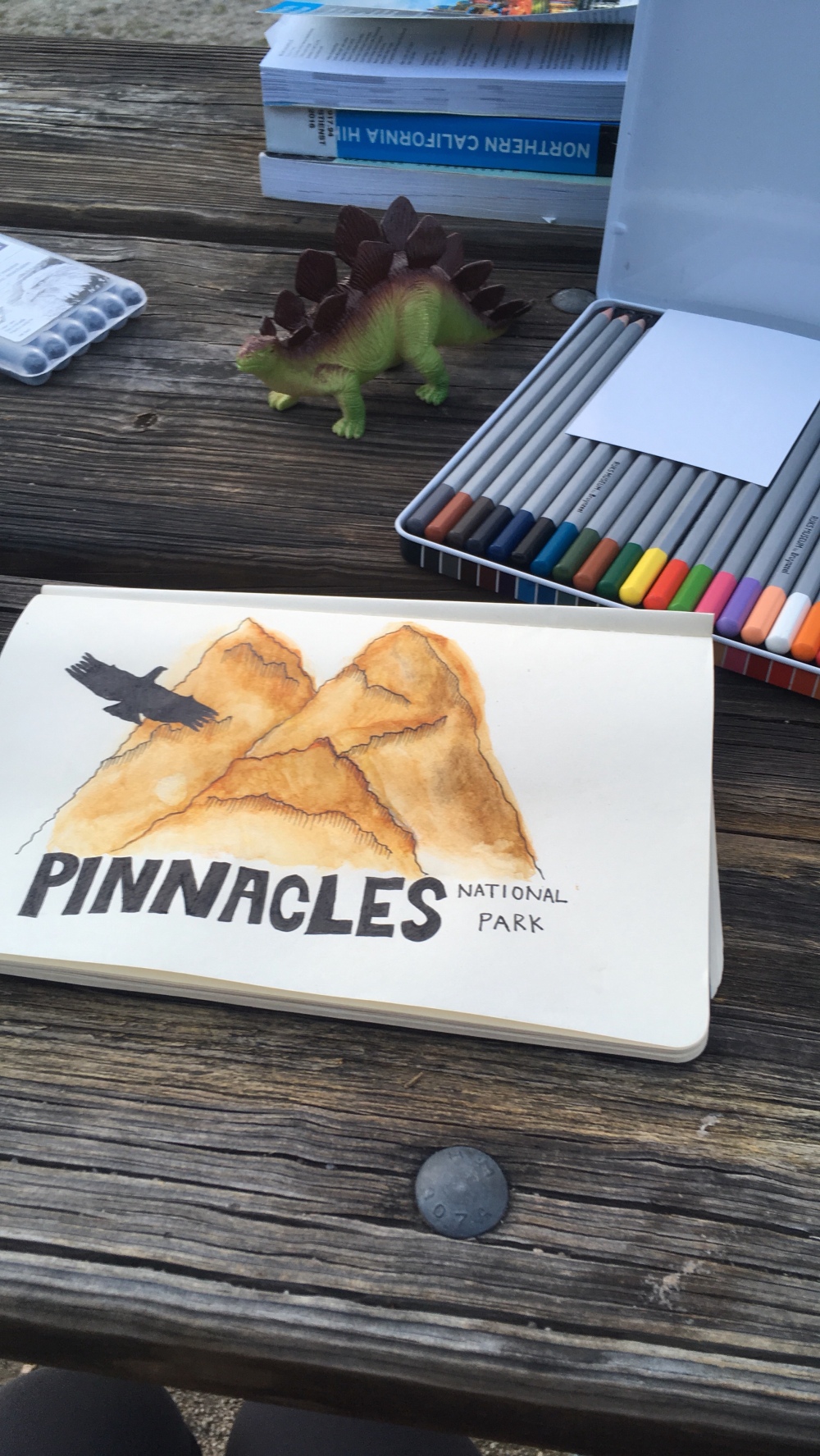 I brought my little Walmart backpacking tent, which is surprisingly sturdy and still works well, despite how many trips it has been on! I am going to be getting a better tent for the JMT though, I don’t know how well this little guy will stand up to the weather changes and constant use of the JMT.

The next morning, I met up with a friend and went on a beautiful hike. We ended up hiking the High Peaks trail and watching some condors that were roosting at the top. I didn’t take any pictures of the condors, they were gliding too fast and my camera couldn’t capture them, so I just decided to watch them instead.

This was a gorgeous hike with a few uphills, but overall not too challenging. We saw some kids cutting the switchbacks and I educated them about trail erosion and why they should stay on the trails! I don’t think they really listened to me, but maybe the words I said will come back to them one day!

One of my favorite parts of this trail was the caves! It gets pretty dark so bring a flashlight or a head lamp! The cave system isn’t huge, but it is really exciting to walk through them! 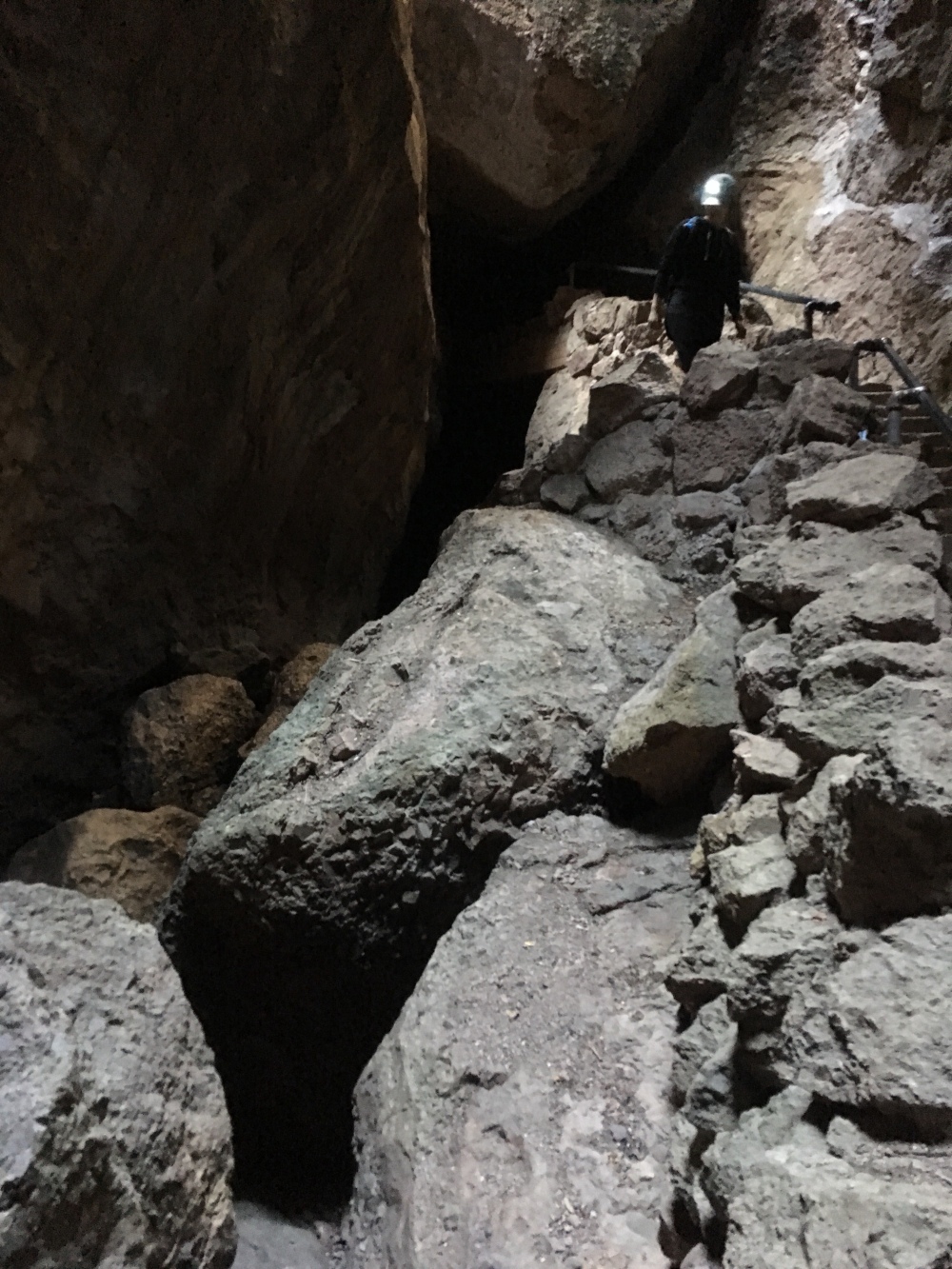 It got a bit chilly at night, but nothing I couldn’t handle! There was frost on my car in the morning though! That’s always exciting for a southern california transplant!

Once again, I remembered to bring my mascot, isn’t he cute!