Mt. Umunhum State Park is one of the newest trails available to hike in the Bay Area! It opened in 2017 after much construction. Unfortunately, I was not following the reconstruction so I was not able to be there for the opening day, but I have seen the iconic cube-shaped tower on the top and resolved to go up there for a while now.

Even though this trail is pretty close to where I live, it still took me almost an hour to get to the trailhead because of the slow-going twisty roads that it takes in order to get there. The drive may be long but it is pretty and not too crowded. I went on a weekend afternoon and I saw a few other cars, some motorcyclists, and a few bicyclists on my way up.

When you first go into the park there is a parking lot immediately on the right, but this is not the one that you want to park at, unless you would like to hike the longer version of this trail, which is about 16 miles one way, from my understanding.

If you continue on up the hill you will follow a winding asphalt road another few miles until you come to another parking lot on your left. This is the one that you want to park in. It was pretty full when I got there but there were still several spots open. There is a bathroom at the front of the parking lot, which was nice after a long drive!

The trail starts just across the street from the parking lot and is well marked, with signage and brochures, as well as trail markers leading the way. As you start down the trail, there are several different routes and trails to choose from, but only one that leads to the peak!

One of the things that I really liked about this trail was that from almost any point on the way up, you can see the peak, landmarked by a large concrete cube that takes over the top of the hill. You can’t miss it! I enjoyed being able to focus on that as I hiked, and watching it grow closer and closer.

The trail was shaded and actually pretty cold! I could see my breath for the first two miles, even though it was a relatively warm day for February in Northern California. I made sure I brought plenty of water and some snacks, but I didn’t feel like stopping until I got to the top. The trail was a pretty steady incline, but not challenging. There were several switchbacks and a few wooden bridges along the way, which were really nice to look at!

Although this trail was not as packed as Mission Peak, there was still quite a lot of foot traffic and I passed several groups of people on the way up. On the way down, I switched my hiking boots for running shoes and jogged all the way back. It was a really nice and gentle run, mirroring the gentle incline on the way up.

This was a really great hike, but two things stand out to me as major disappointments. The first one is purely selfish and really shouldn’t bother me but I like when I get to hike a peak that makes me feel like I’ve earned the view that I get to see at the end. At the top of Mt. Umunhum, (similar to the peak of Mt. Wilson in Southern California) is a parking lot. If you want, you can bypass the second parking lot an drive allll the way up to the top of the mountain, without stepping a foot on the trail. For me, it makes bagging the peak just a little bit less special. That said, the top was still wonderful, with a nice breeze blowing and some really breathtaking views. They have a nice viewing area set up and several benches where I was able to sit and eat a snack. There is also a bathroom at the parking lot on top.

The second thing that really disappointed me was the huge amount of trash that I found along the trail and in the parking lots! This park was JUST opened up to the public, after a very long time and it was really sad to see how people have already stopped caring about keeping it nice for future generations to enjoy. I have a few trash bags that I keep in my car, so when I got back to the parking lot I grabbed some and walked around the parking lot picking up trash, then drove up to the top and picked up more trash up there. I filled up THREE grocery store sized bags full of trash left by people who had been there before me. This made me really really sad. It’s not difficult to bring your trash with you instead of throwing it out into the nature that you are (presumably) there to enjoy.

I had a really great time on this hike and I think that if you live in the Bay Area you should definitely check it out! Just bring a trash bag and do your part and pack out your trash! 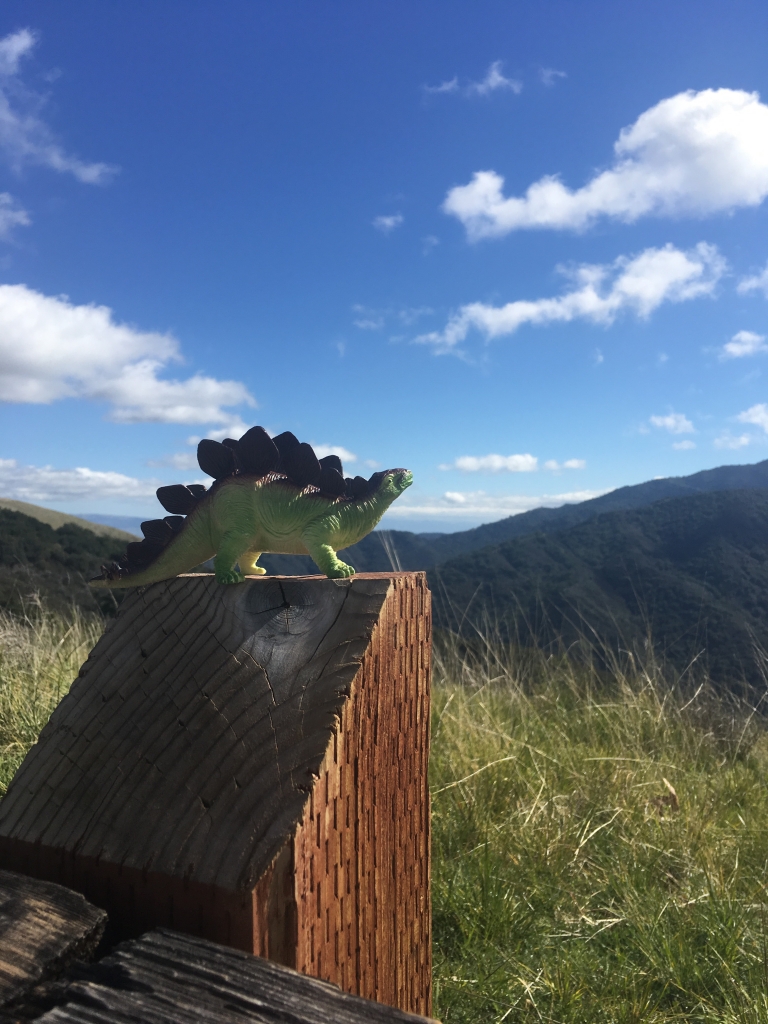 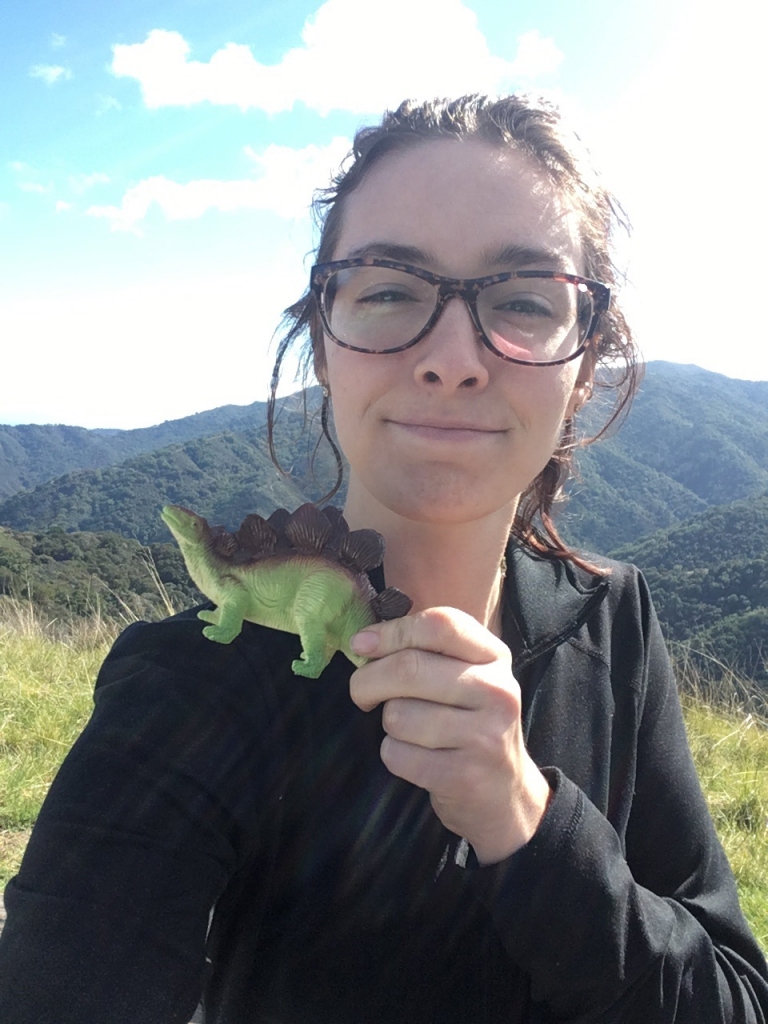 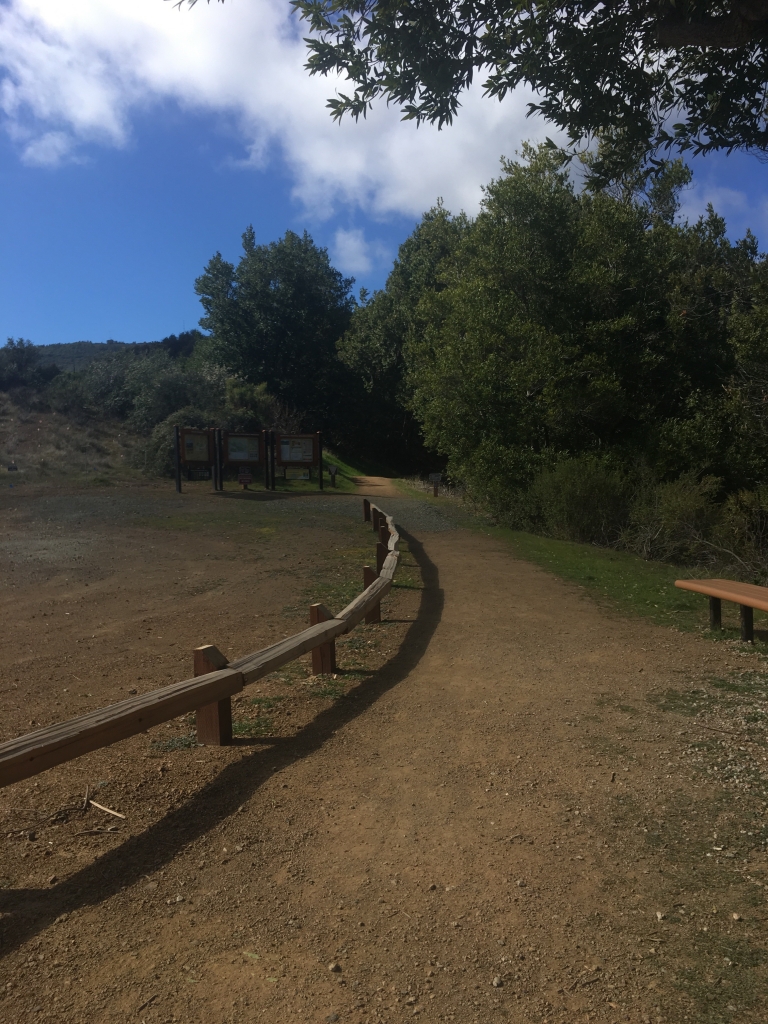 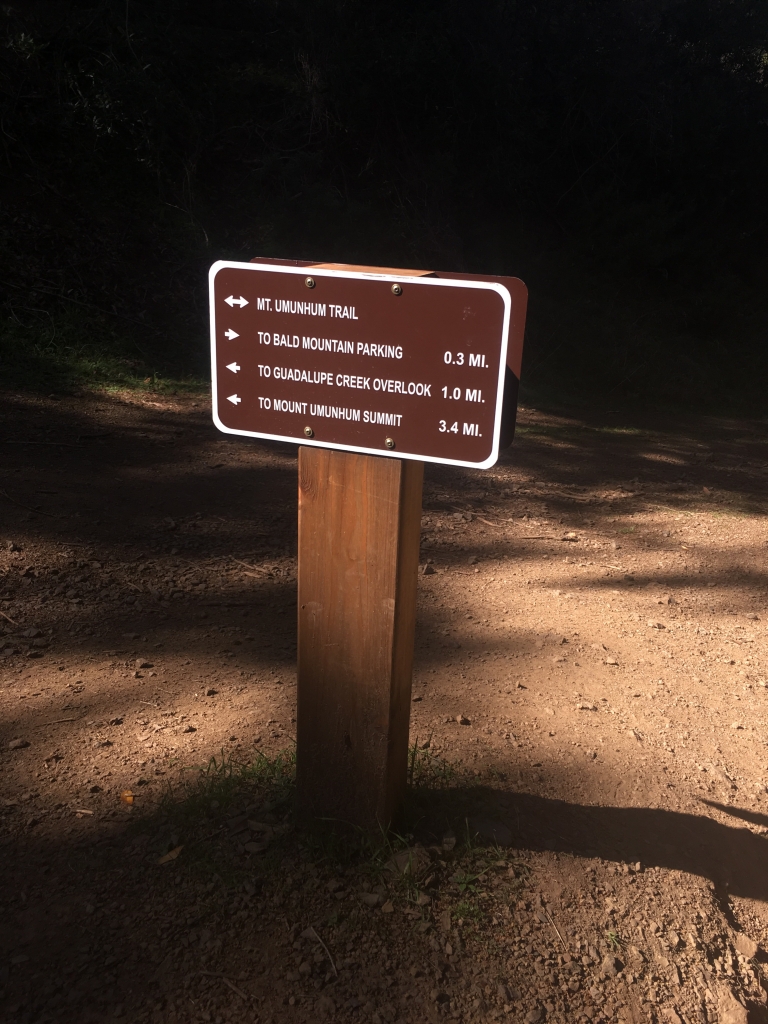 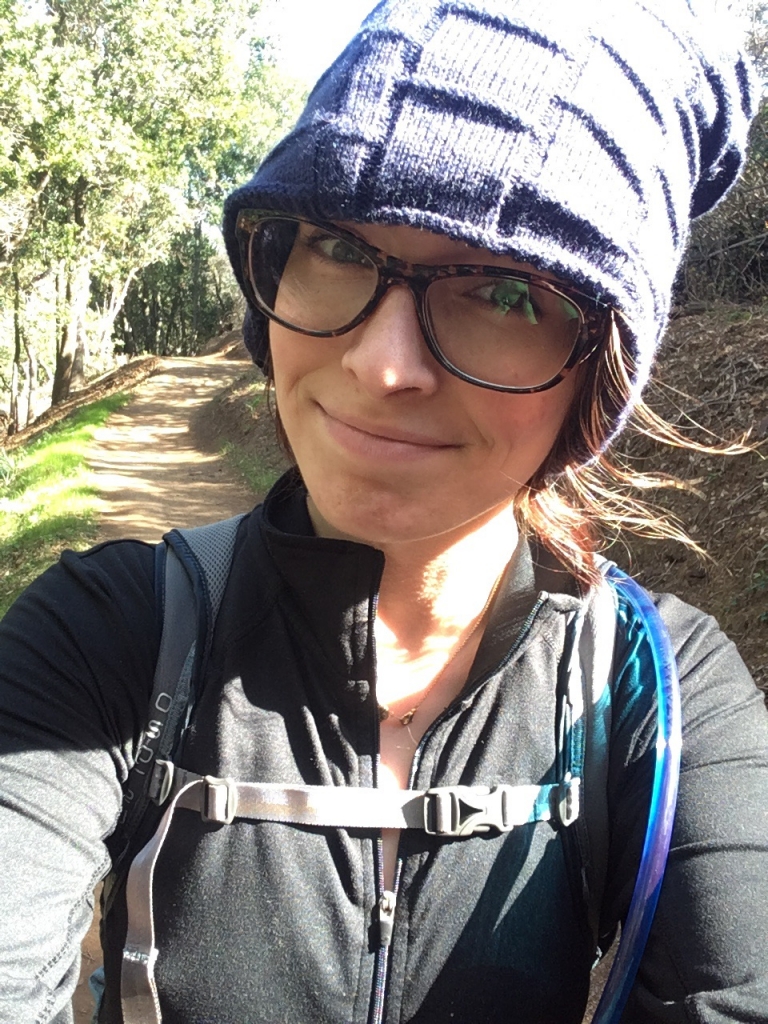 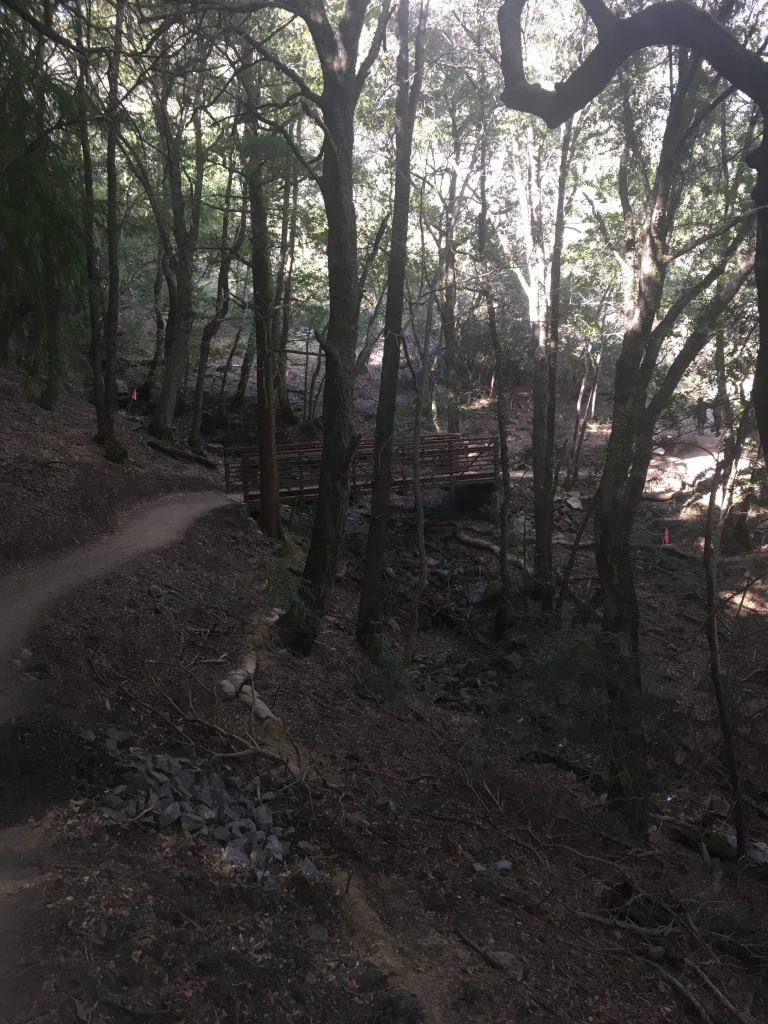 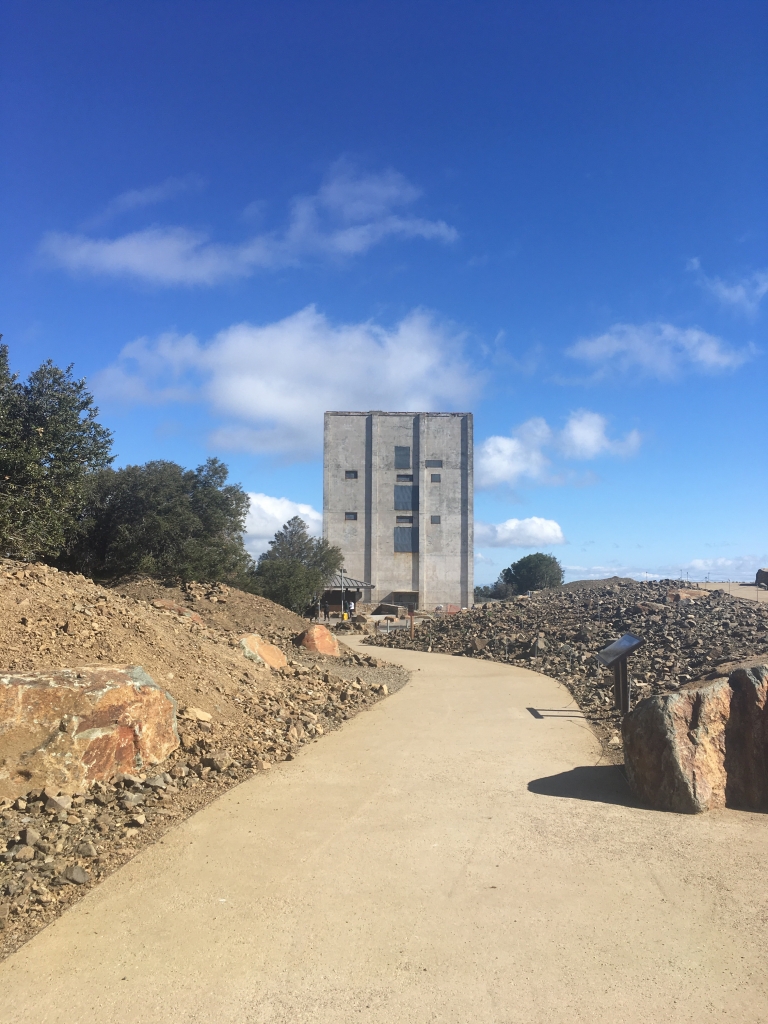 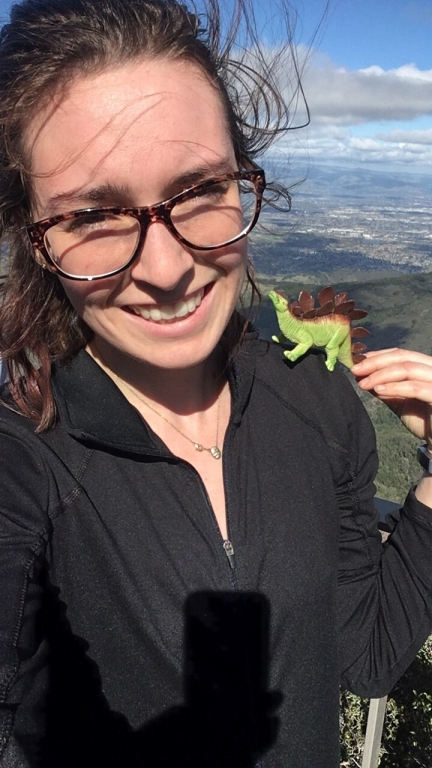 Thanks for reading, Happy trails!
-Pepper