I woke up pretty early and started on up the trail. There was a big uphill right at the beginning of my day, which was kinda rough but it was nice to get it over with before the sun came out too much. (although as I said before, I would rather have the sun than the rain!)

This morning as I left, there was a helicopter rescue out of the valley where I camped last night. I talked to some other hikers later on in the day and learned that a boy had broken his ankle and he and one of his parents were airlifted while the other parent and sibling stayed behind. That definitely sounds like a memorable family trip! I hope he is okay and feels better, and that lots of people sign his cast (if he gets one).

A bit past Duck Pass and almost to Purple Lake I got a surprise! Jarad and Matt came up and passed me from behind! I thought they were well ahead of me. I learned that they had spent the night at Deer Creek, after all, they had just camped further up the river away from the trail. I did a silent cheer on the inside for pushing myself further than these guys who had been bragging about their daily mileage and almost sprinting ahead of me. I guess the tortoise does beat the hare after all.

We hiked together until we reached Purple Lake, where I stopped to put on some sunscreen because the sun was finally coming out and I had neglected to do so that morning. I watched them head on up the trail ahead of me and I doubted I’d see them again today. Once again I was all alone.

I hiked along, listening to a few cool podcasts about bugs (I love bugs!) and tried to cover as much distance as I could, keeping an eye on the sky and trying to wish the gathering clouds further away. Around 12 I stopped for lunch and almost as soon as I sat down the thunder started booming and my heart sank. Not this soon please! I still have a ways to go! It was something I was expecting but did not want to hear.

I grabbed my rain cover and jacket and made sure they were handy when I needed them. Then I headed on down the trail, trying to hustle and ignoring my blisters, which had started to callus over but were still pretty painful to walk on. I don’t know what it was that I ate, but as I walked my stomach started to echo the rumbles in the sky and I started feeling pretty sick. After passing three or four groups of hikers that were calling it early and setting up camp before the rain started, I took a break and sat down for a while, remembering that I had packed some Tums in my first aid kit. They helped a little bit and I continued on.

As I hiked, listening for the thunder both in the sky and in my stomach, and hoping both would subside, I thought again about quitting and what it would really mean for me. I thought about the list I had made earlier, about friends and family at home cheering me on, about friends who had helped me prepare and had hiked this trail before and given me advice and helped me get even more excited.

I thought about what it would mean to them if I quit and what it would mean for myself. I have mentioned in previous blog posts how I don’t like to quit things and I thought about my first attempt at hiking Mt. Diablo. During that trip, It was late, I was lacking sleep, I hadn’t eaten well and it was extremely hot and I wasn’t prepared and I realized it would have been dangerous to push myself and continue. This wasn’t the same situation. I realized that I was just being kind of whiny and every time it was sunny and flat or downhill I would be fine and the negative thoughts came in during less than ideal weather or strenuous uphills or when I wasn’t feeling great.

Realizing this made me think about it differently and changed my perspective, but I was still pretty lonely. Here is an excerpt from my journal, which I am using to write this blog, but not including everything or quoting directly, for the most part:

“I desperately want to laugh, smile, have a genuine human connection with someone else other than just occasionally passing by people and getting small trail updates…I feel like a piece of me is missing by not having someone to talk to and enjoy this trail with”

As I approached Silver Pass, I saw a guy with a dog and he let me pet the dog. I thought I was seeing a mirage, I didn’t know dogs were allowed out here! The dog made me feel a little better, but the storm clouds rolling in from the top of Silver Pass didn’t. I found a trash-bag-turned-poncho that someone had abandoned tangled around a bush. I stuffed it into my backpack and kept going, disgusted at the trash I continued to see on the trail, even in these more remote places. I hurried on, I only had to make it up and over Silver Pass and then down to Silver Pass Lake, and I’d be on schedule and good for the night. As I kept pressing on, I stopped to write a message of encouragement to whoever would be hiking behind me and hoped the rain wouldn’t totally ruin it.

There was a little patch of snow right on the top of Silver Pass and it was so cool! It wasn’t enough snow for me to want crampons or extra snow protection but it was still snow and I got to walk in it! Fun! (can you tell I grew up in Southern California yet?). I got over Silver Pass just as it started to sprinkle. I changed into my rain jacket and covered up my pack and stopped to admire the view ahead, as well as the view behind me, to appreciate where I had come from and what I had already accomplished. 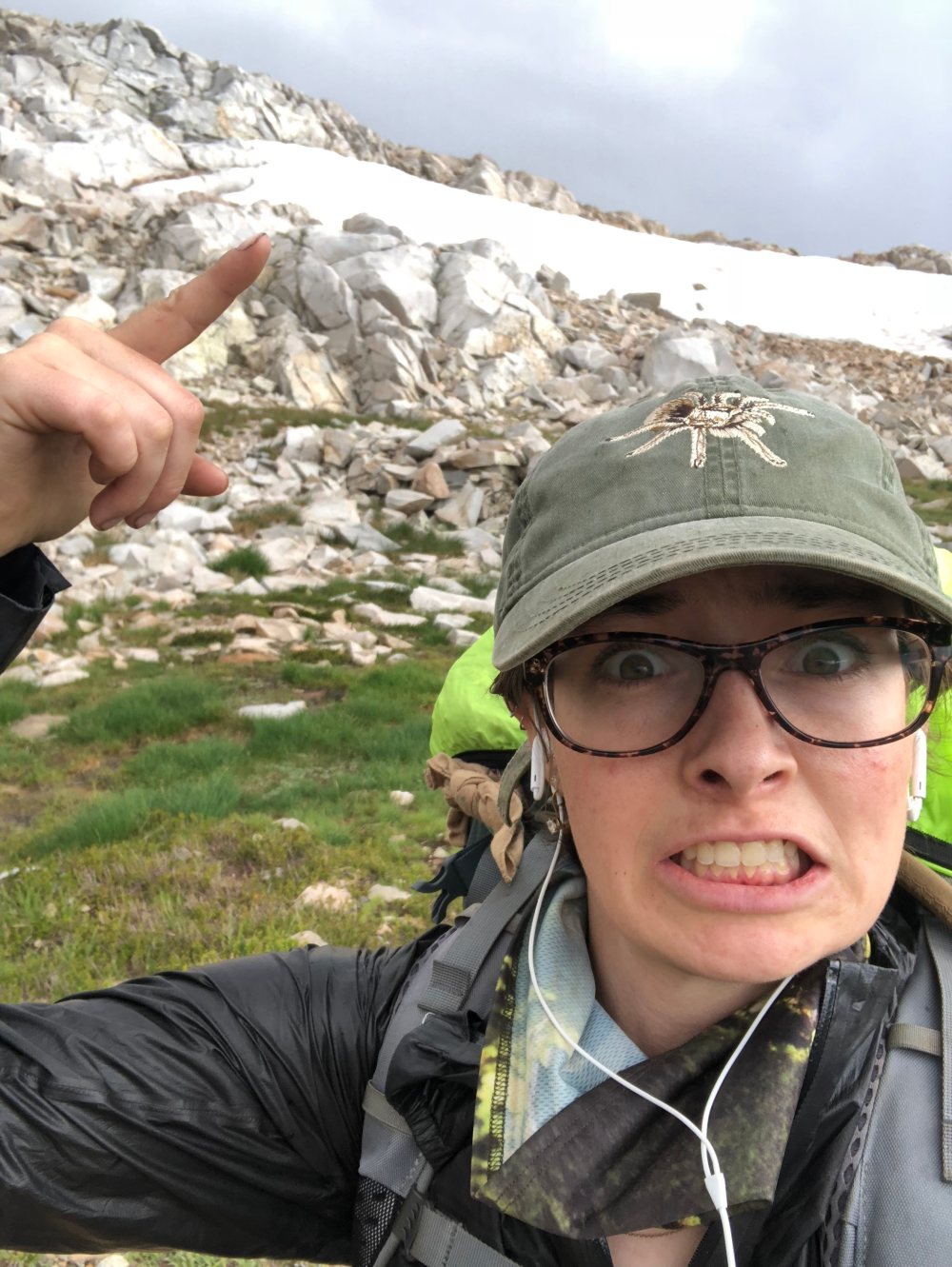 As I turned back to the trail in front of me, I heard a huge thunderclap and the sky lit up on the horizon ahead of me. Lightning! I hurried down from the pass to avoid being the highest thing on the landscape and soon I had found a place to stay for the night, low in the valley with a few smaller scattered trees and shrubs. During wilderness first aid training they didn’t cover lightning other than “try not to get hit, stay low on the landscape and seek shelter during a lightning storm” Well, I did the best I could.

I read an e-book while holed up in my tent and soon enough the rain stopped and the sun came back out for a while before starting to set. I took advantage of the time that I had and made some dinner. I had Garlic Cashew Stir Fry from Food For The Sole, an awesome small company located in Bend, Oregon and started by a mother and son duo who wanted healthier options while backpacking! They really hit the nail on the head with this one and it warmed me up both physically and mentally. 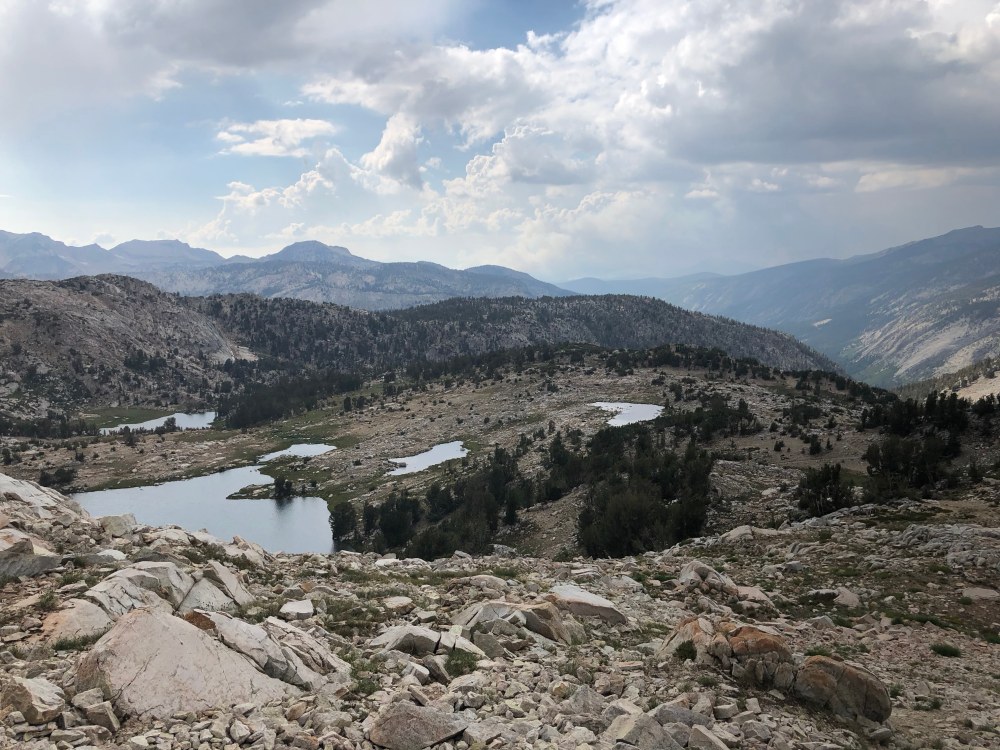 I watched an episode of The Office and read a little bit more of my e-book and then I decided to save my phone battery just in case I had another rainy day tomorrow. At least at the moment, I was on schedule and feeling pretty good overall. As I fell asleep I decided to try harder to focus on the positives and the beauty that surrounded me, after all, I’m a week in and I only have less than two weeks to go, better enjoy it while it lasts. 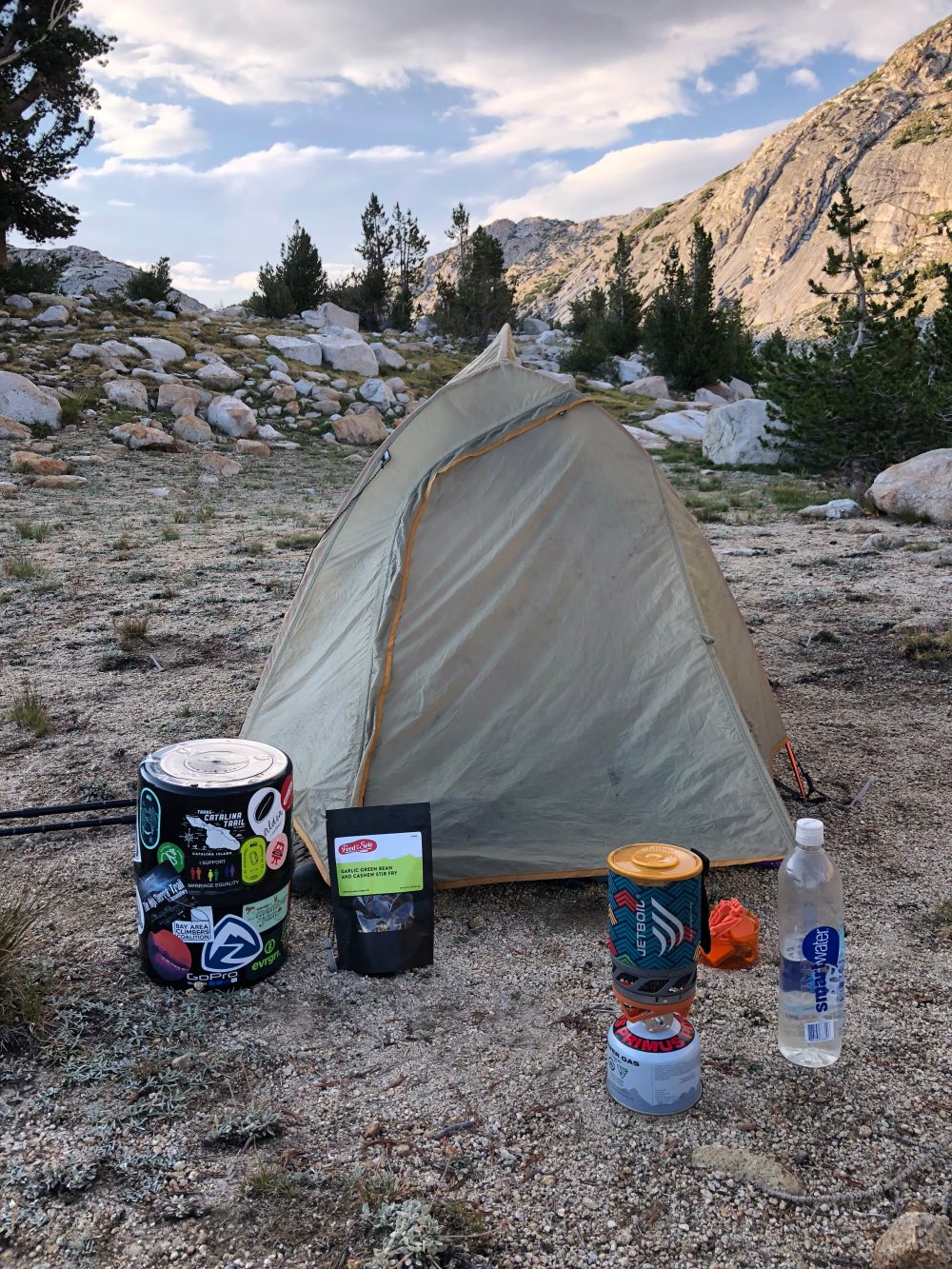 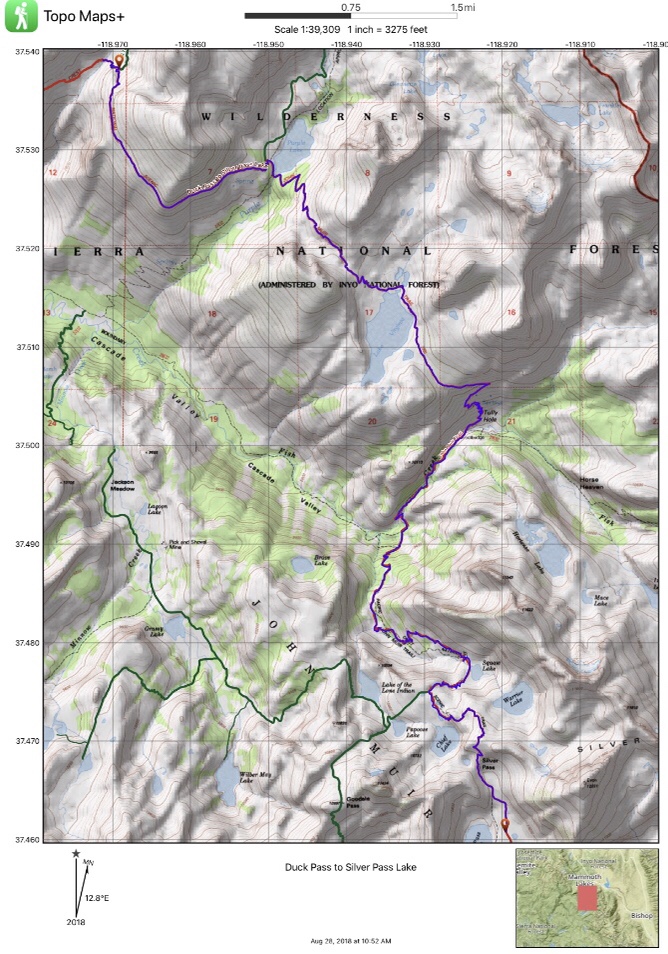 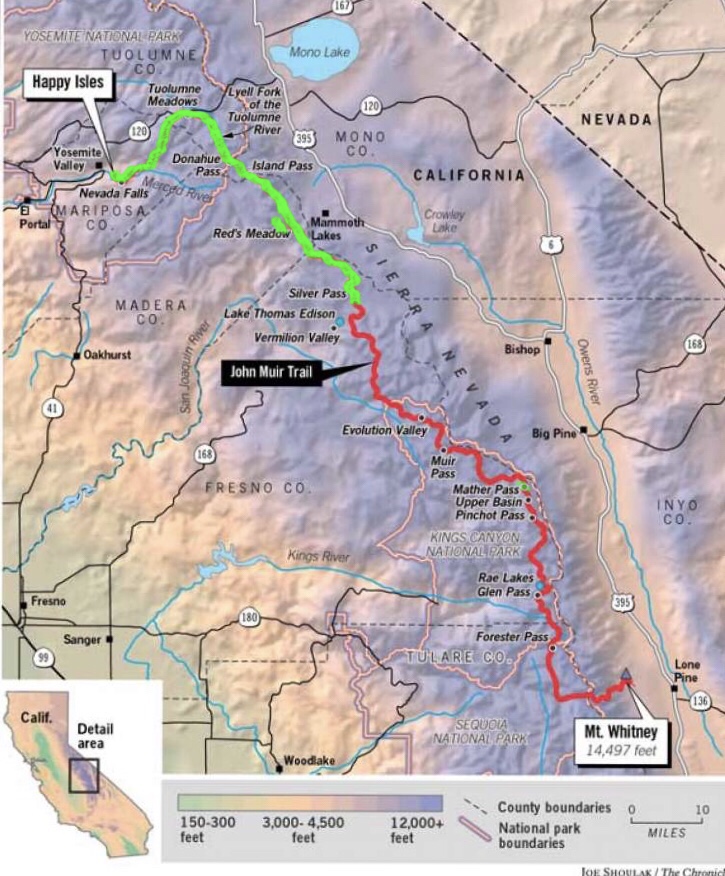