I know this post is really late, but in the middle of August we went on a backpacking trip across Catalina Island!

This trip was a first for both Me and Nate, we had both been camping and hiking, but never backpacking. We both learned a lot, and are looking forward to having many more backpacking adventures, and hopefully very soon!

This post will probably be mosty pictures, I’m afraid I went a little bit overboard taking pictures, but I just really wanted to showcase this beautiful landscape!

We started at the Harbor in Avalon. We checked in at the Atwater Hotel, which was a little difficult to find, I’m sure if we had swallowed our no-i-dont-need-to-ask-i-can-read-a-map attitudes, we would have found it a lot sooner! Once we had checked in, we started our way up a giant paved hill, golf carts and Safari Trucks full of tourists whizzing by, to our destination, the Trans-Catalina Trail!

I think I was a little more excited than Nate, or he was just annoyed that I decided to wear a tank top, causing my pack to chafe my shoulders, so I stole one of his shirts!

The first day was WAYYY hotter than expected, because it was mostly uphill, so we took a lot of breaks. Thankfully, this part of the trail is very populated with day hikers and safari bus tours, so even though we had enough water, some very nice people gave us more because they felt bad for us!

I learned a very important lesson right from the get go. I had briefly looked at the elevation map before embarking on our trip, but did not pay too much attention unfortunately. I quickly learned that heat + going up and down hills + carrying everything I need to survive on my back = a really tough time for both of us!

The view at the top of one of the hills we went to was beautiful. A sea of fog covered the mainland once it got to be around 4pm. It mirrored the ocean and created another, softer, more pillowy looking ocean right above.

We got to Hermit Gulch by taking the Garden to Sky Trail down through the gardens (which close around dusk, so be careful, if you’re too late, you may need to jump a gate like we did!) This garden is beautiful and has water fountains!! I recommend planning a little extra time to explore! Keep in mind, this garden has an entrance fee, but they offer student discounts, so if that applies to you, bring a student ID!

A beautiful memorial structure at the end of the gardens for someone in the Wrigley family.

The sign leading into the gardens, this trail could also be a fun little day hike! or half day hike…or even few hour hike. Still beautiful and worth it nonetheless!

6 miles from where we started, but don’t be fooled, its mostly hills, and took us most of the day to get to this point!

Sign near Haypress Reservoir, we were told there may be running water there, but we didn’t find any.

You can see the edge of the Haypress Reservoir behind this sign, no water in there because of the drought though 😦 At this point in the trail, there is a paved road heading back down into Avalon if you underestimated yourself and feel the need to turn back. Not gonna lie, we almost felt like it, but we met a man who was traveling alone and had a little chat with him about all of the places he had been, and it motivated us to keep on keepin’ on.

Veiw from the viewpoint up near Haypress reservoir

A little bit further down the road, there is a playground which had port-a-potties, and running water! This would be a nice place to stop and take a bit of a rest, as there is a nice shaded bench structure here.

Here’s a picture of the port-o-potty for proof, told you I took too many pictures!

The trail continues on in the brush, but you can also take the car road if you think you may accidentally wander off the trail, although it is well marked.

The tower on the top of that mountain was our beacon to Blackjack Campground, our home for the night. So close, and yet, so far away!

Stopped for lunch under this beautiful tree, this was probably my favorite place to eat, it was peaceful and very shady on a hot day, plus it had a great view!

my crazy backpacking hair! Yikes! and Blackjack Mountain in the background!! SO CLOSE!

We almost thought we took a wrong turn until we saw this sign! Weezer says thank God for girls while on hiking trips, but I say thank God for great signage! Taking upper cape reservoir road takes a little bit longer, but it was very pretty!

some neat moss/lichen/something on a tree…really wish I knew more about plants/trees/growths. Pretty much all I know is how to Identify poison oak, which granted, is an important thing in itself.

A huge buffalo greeted us as we made it to Black Jack!

Black Jack was one of the most beautiful campsites! There were no rangers there, they had lockers and port-a-potties and a outdoor shower. There were only a few other people in the campsite when we got there.

Real tan or dirt tan? both? you decide

Next  morning, back at it again! halfway through our trip!

This stretch was another one of my favorites, not too challenging, but beautiful.

Looking at blackjack tower, where we came from that morning!

Arrived at the airport in the sky, real bathrooms, yummy cookies and coffee, and human interaction!

Get the cookies!!! You won’t be disappointed! The ladies in the cafe were so nice, they gave us some tin foil to put around our coffee so we could store it in our mini Nalgene for later, which was heavenly!

I apologize publicly to anyone sitting near us at that cafe, we weren’t at buffalo stink levels, but we sure did not smell nice! Back on the trail after a nice rest at the cafe! On our way to little harbor!

Passed this on the trail, I found it kind of creepy, glad it was broad daylight!

Made it to little harbor campground, we probably could have made it further that day but we were very tired and decided to enjoy our last full day of being out on the trail.

Little harbor campground was pretty crowded, but it was still perfect, it really felt like an island getaway!

There were buffalo everywhere, this was the one that hung around the longest.

Next morning we got to our final destination, Two Harbors Campground. Sorry no pictures from the road there, my phone had died for a bit, and I packed my portable charger in the bottom of my pack, whoops! 😦 The water was so clear and there were many boats docked in the harbor.

Nice little campground, pretty crowded, but it was spread out enough that it was quiet, even with a family with several little kids in the next campsite.

Even though we ran out of time and didn’t get as far as we wanted to (we planned on hiking around the tip of the island, I think it is called starlight beach or something like that) it was still a great trip, and we plan to go back and finish that last loop of the trail in the near future! I learned a lot about myself and about planning for a trip, and I’d say that our first backpacking trip was definitely a success!

Trip Stats, From the Ramblr app:

Hiking/Backpacking
Aug 16, 2015 9:48 AM
Duration (Total) 3d 1h 12m , Distance 29.5 mi
-Tracked by hikeoutthebox, on Ramblr
We underestimated this trail, and only were able to complete a little more than half in the time we had allotted. 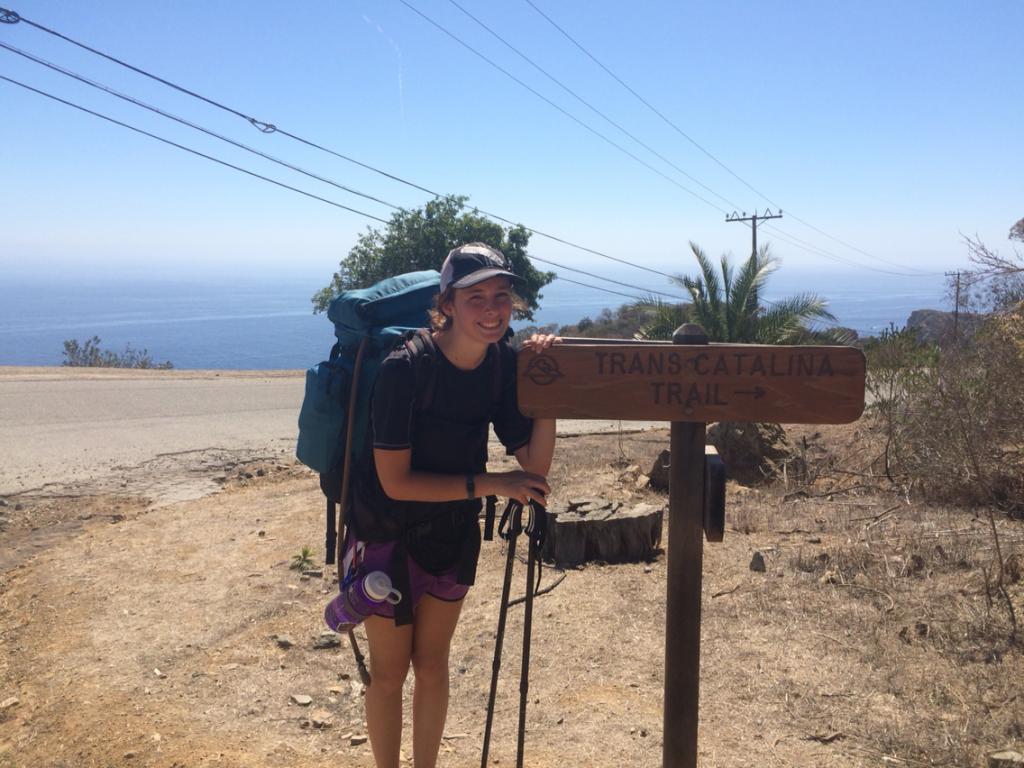 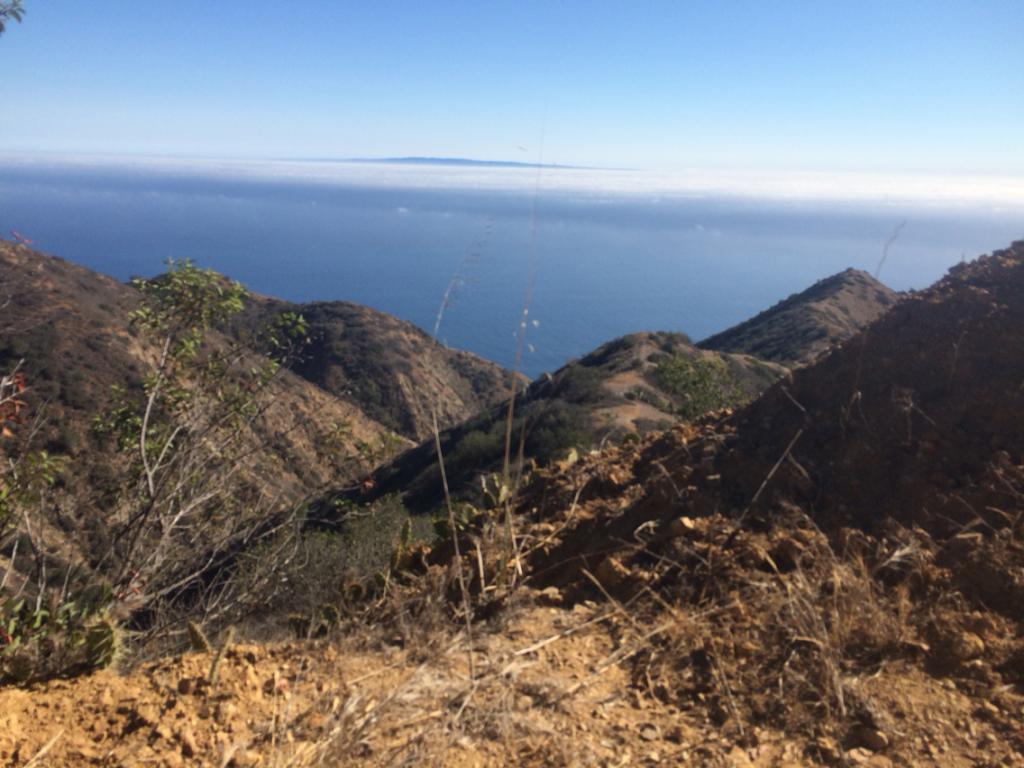 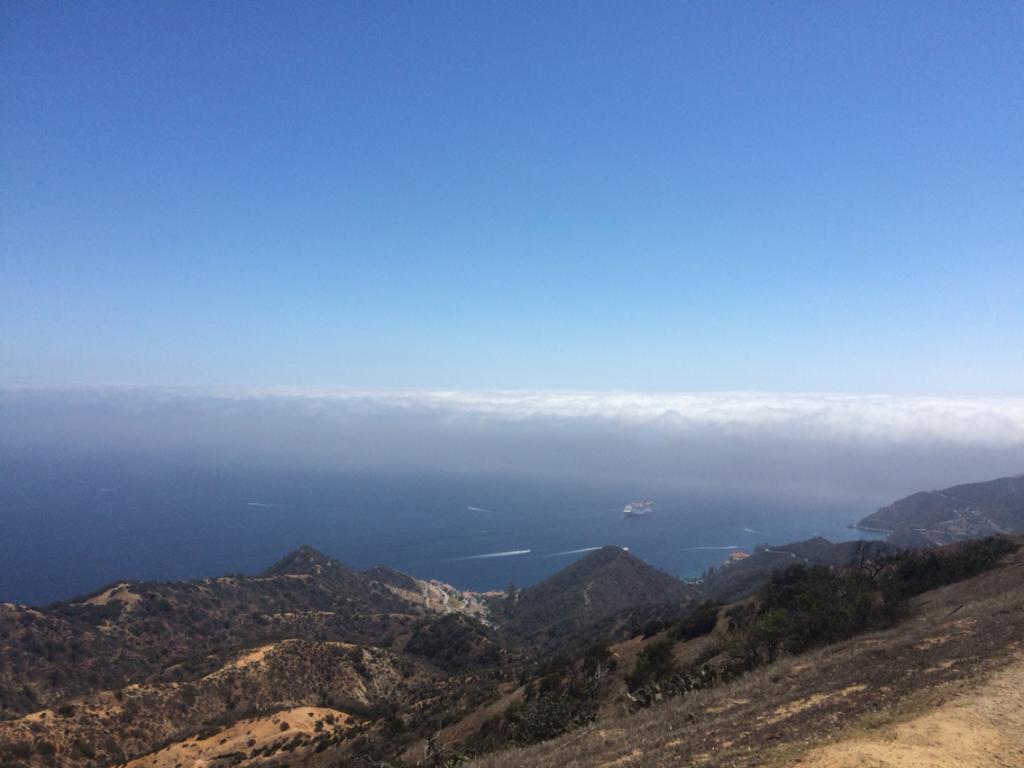 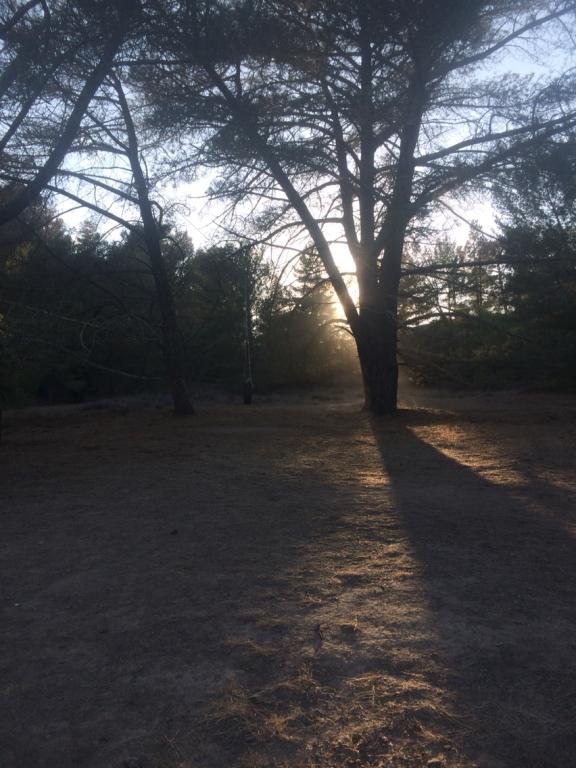 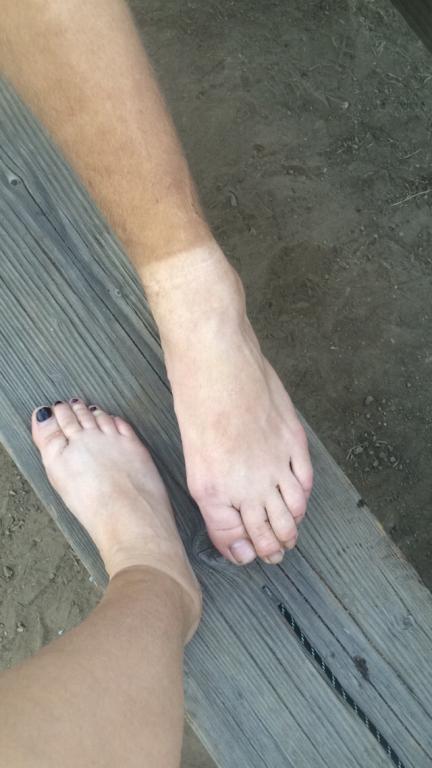 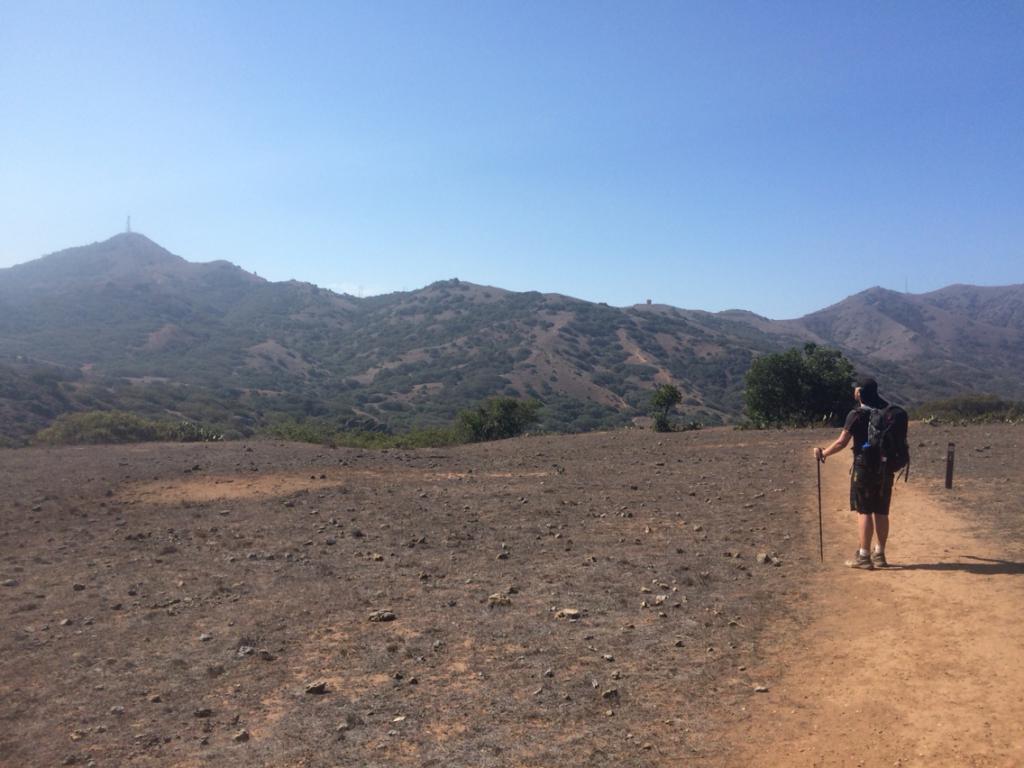 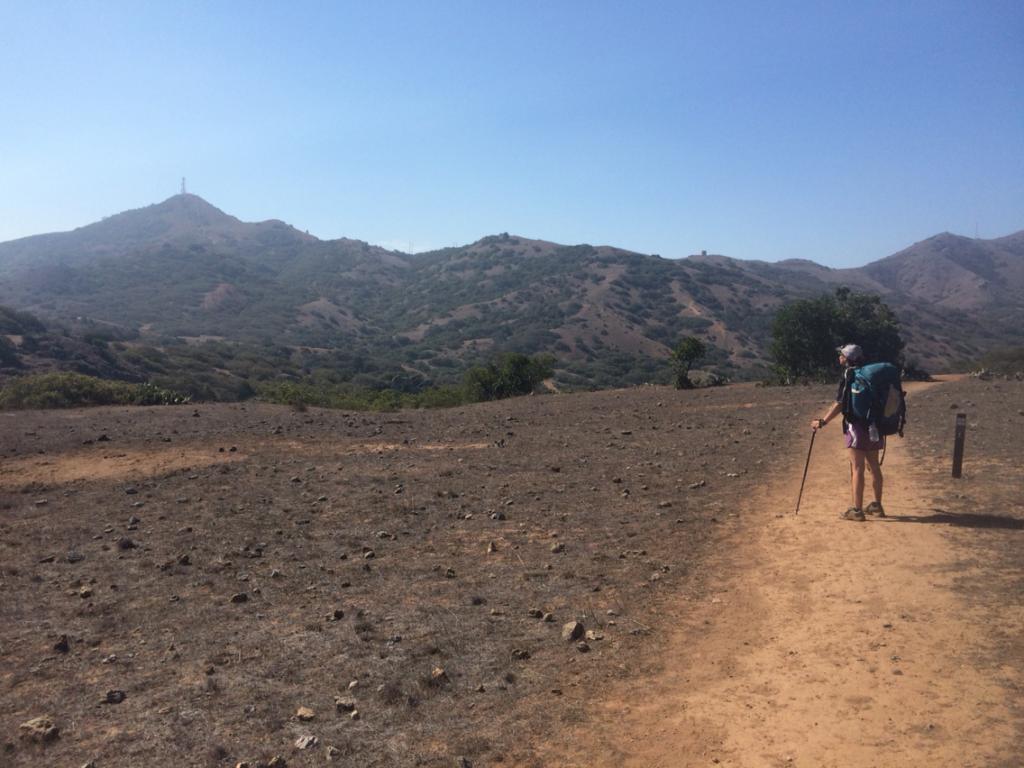 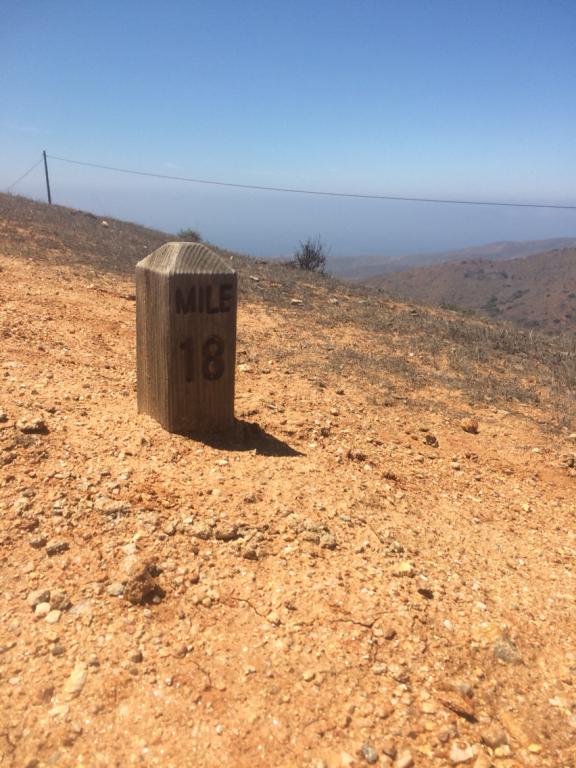 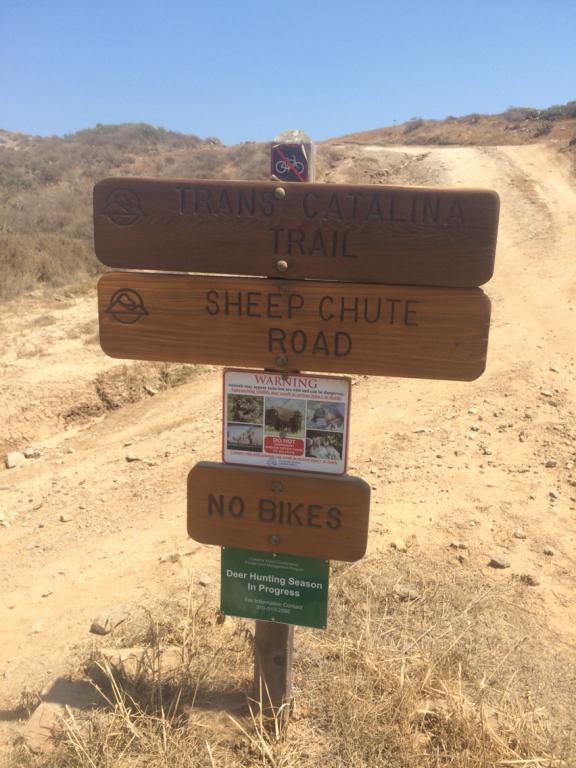 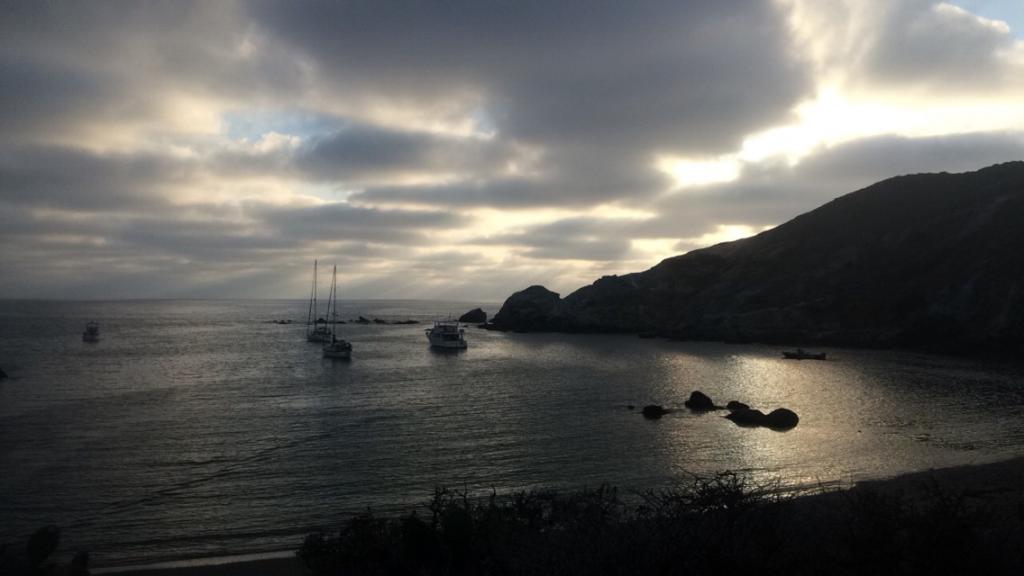 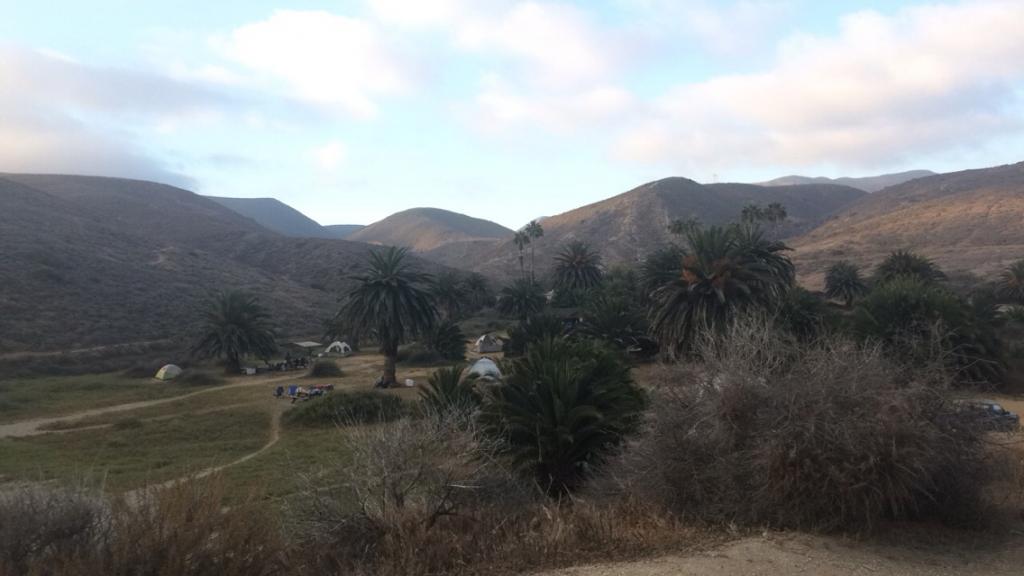 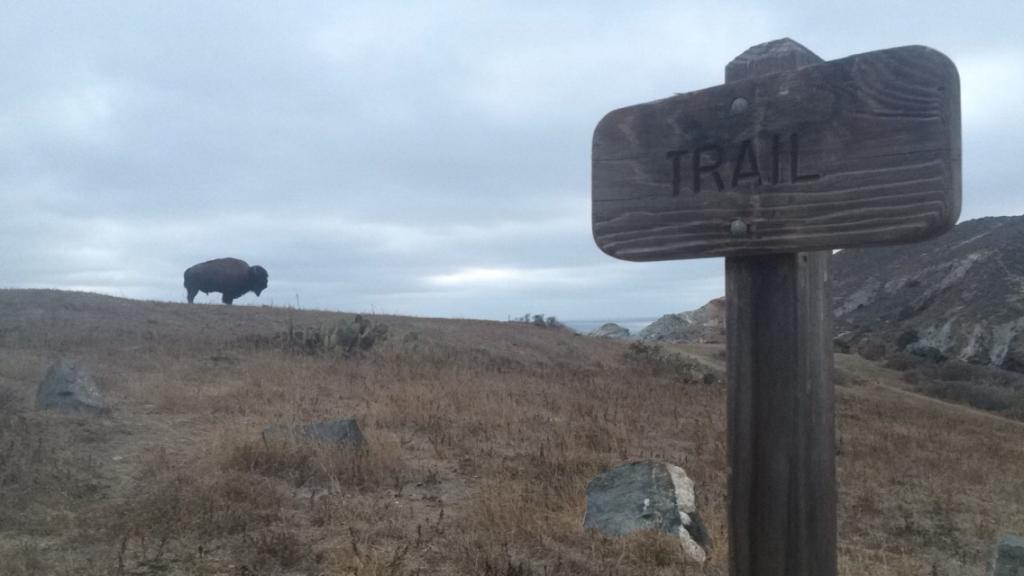 Thank you for reading! Till next time, happy trails everyone! 🙂